Georgia Ann Mullen’s first historical novel in her Canal Tales Series sizzles against a backdrop of Elizabeth Cady Stanton’s First Woman’s Rights Convention in Seneca Falls, New York in 1848 and showcases three young women—Tess, Beany and Lucy—whose thorny lives reflect the issues leading up to that convention: temperance, abolition, and women’s rights. Their drive for personal freedom—tinged with revenge—leads to terror on the towpath.

Tess Riley dreams of adventure on the Erie Canal. She pines to be a hoggee like her brother, Cooper, driving the mules that pull cargo boats between Albany and Buffalo. Tess taunts Beany, the artistic daughter of August, a boarding house cook, for learning to read and write. She spars with Lucy and laughs at her complaints that being female holds her down.

Beany and Tess’ lives are tormented by her father, Liam Riley, who harasses August whenever he gets drunk. Tess hates her father and wastes no opportunity to defy and humiliate him.

Despite their differences, all three girls are enamored of Elizabeth Cady Stanton and her extraordinary woman’s rights convention. After Tess rescues Stanton and Amelia Bloomer from town bullies and is rewarded with a job printing The Lily, Bloomer’s temperance and women’s rights newspaper, the girls become friends.

While Tess saves her earnings to fund her Erie Canal escape, Lucy labors at a secret enterprise to finance her education at Oberlin College. When their savings are stolen, bad choices lead to a calamitous battle against slave catchers on the towpath.

I’m on the front porch, setting rules for tag, when Miz Manning and Lucy—stiff and glum—walk up the sidewalk. On Thursday, Miss Priss left the convention angry and I figured it had a lot to do with Miz Manning sitting like a goose stuck in tar when Miz Stanton invited the audience to sign her Declaration of Sentiments. Lucy stomped out in a royal snit after her pains to push and pull her ma to the signing table didn’t pan out.

Neal Stanton tries to yank Kit off the porch and they start swinging at each other.

“No hitting or we won’t play.” That’s one of Miz Stanton’s rules. I feel obliged to respect it, since she’s paying me real money to watch her brats, but I intend to teach these ruffians some mean fisticuffs, maybe out behind the barn.

“Good afternoon, Tess.” Miz Manning stops at the foot of the steps.

“I understand you’re a big help to Mrs. Stanton.”

I smile. “She hired me to keep these boys in line, so she can get some work done.”

I laugh. “Well, she said she had pies to bake, but she’s been in there reading newspapers, since I got here an hour ago. You go on in, though. She’ll tell you the convention buzz that’s got her giddy as a goose.”

Lucy rolls her eyes and stalks past me. Her ma knocks on the door, and Miz Stanton calls a cheery, “Come in!”

I find a few tin cans under the porch and hand them to the boys. “Dig some worms and we’ll go fishing. And keep an eye on your little brother.” Gat is two years old and determined to keep up.

“You coming?” Neal grabs the biggest can away from Kit.

“In a minute. You go on down to the garden. And be careful not to dig up the tomatoes. Your ma’ll be mad, and I won’t be able to take you anywhere.”

They leave dragging Gat. I lean against the screened front door. The women are in the dining room, where Miz Stanton has dozens of newspapers spread out on the table.

“Listen to this!” Miz Stanton says. “‘The most shocking and unnatural incident ever recorded in the history of womanity’.”

Womanity? I don’t have much schooling, but that doesn’t sound like a word to me.

Miz Stanton laughs like a teamster. “Here’s another one. ‘Unwomanly behavior…no doubt at the expense of their more appropriate duties’,” she reads with a haughty huff. “This one says equal rights will ‘demoralize and degrade’ women, and ‘prove a monstrous injury to all mankind’. I swear, Miranda, we couldn’t have done a better publicity job ourselves! This is just what I want. Better! All this fuming and fussing over a few hundred women getting together in a church to demand to be treated like human beings! You’d think we were plotting to overthrow the government!”

“Well, this one does call it ‘a petticoat rebellion arranged by love-starved spinsters’.” I hear the smile in Miz Manning’s voice. I feel sorry for her after that tongue-lashing her husband gave her.

“They call us ‘Amazons’,” Miz Stanton says. “I like that! And they say the notion that men and women are created equal is preposterous. Yes, this is just the publicity we need for our second convention in Rochester. You are coming, Miranda.” It isn’t a question.

I hear Miz Manning’s loud sigh. “No, Elizabeth, I’m not. Abner won’t allow it.” I see Lucy, leaning against the doorjamb between the dining room and foyer, hang her head.

“Miranda!” Miz Stanton looks up from her newspaper. “Now I know he browbeat you into not signing the Declaration.”

“It was obvious! All the intelligent women signed…except you. How did he threaten you?”

“I…I can’t talk about it, Lizzie.” She glances at Lucy.

“Well, I can see Lucy’s angry. Really, I don’t blame her.” Miz Stanton rustles through a stack of newspapers.

“It’s more regret!” Miss Priss pushes away from the doorjamb. “You’ve missed an opportunity, Mother, never to be recovered. To have your name—Miranda Manning—on a document that will go down in history!”

“That chance is gone. Lucy’s right—a lost opportunity. And this one by your own making, Miranda.”

“Explain it to me.

Miz Stanton sighs loudly. “Fine. But surely he can’t prevent you from traveling to Rochester.”

Miz Manning slumps into a chair.

“You’ll come with me. He has no reason to fear for your safety, if that’s his problem.”

“No! I’m sorry, Elizabeth. Please, I can’t talk now,’ There’s a hitch in Miz Manning’s voice that snags Miz Stanton’s attention, and she calms right down.

I cross the porch and squat near the open dining room window. I hear Miz Stanton shifting newspapers.

“Read to us, Lucy. What else do those male writers say about our wonderful convention?”

Lucy shakes out and folds a section of newspaper. “This is from the front section of the Philadelphia Public Ledger and Daily Transcript.”

She clears her voice like she’s some great speechmaker.

“A woman is nobody. A wife is everything. A pretty girl is equal to ten thousand men, and a mother is, next to God, all powerful…The ladies of Philadelphia, therefore…are resolved to maintain their rights as Wives, Belles, Virgins, and Mothers, and not as Women.”

“And not as women? Outrageous!” Miz Stanton stomps her feet, one-two-three—“not-as-women.” I peek over the window sill and see her doubled over laughing. “Wives, belles, virgins and mothers—what are they but women? Since this drivel wasn’t written by the wives, belles, virgins and mothers of Philadelphia—but instead by husbands, dandies, lechers and fathers who pass judgment under the guise of stodgy male editors—I think it’s a bunch of poppycock!”

I lean just far enough to see her lay a plump hand on Miz Manning’s arm and pat it gently. 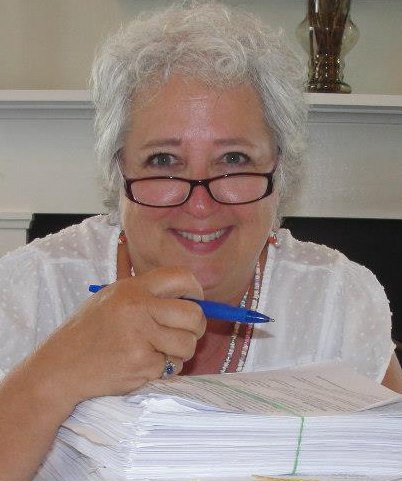